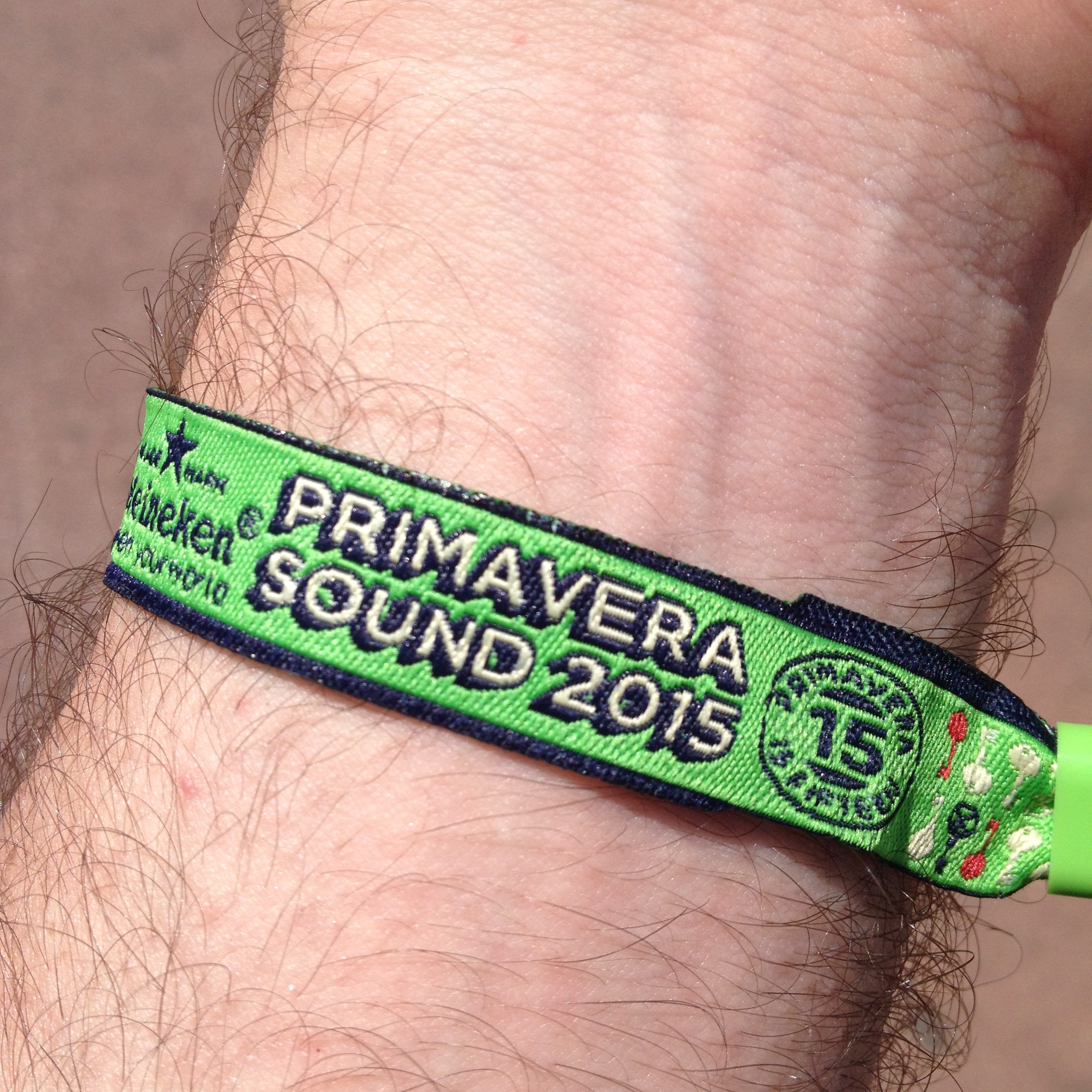 So, I’ve not even seen any bands yet, but I reckon I can crack out thousand words or so of embarrassing stories just on the trip over here. Imagine this as the awkward foreplay of a festival report, before the real action starts tomorrow. If anything, this is an awkward ping of a bra strap, that I’ve failed to unclip. Even my metaphors are now sexually frustrated… So here we are.

The first big panic of the Primavera weekend, was the disappearance of Jeff’s other dad, and a lack of cat sitter since Buchanan went AWOL.. He probably has a legit excuse, so I’m not going bawl him out on here (not that he’ll read it anyway) and my good friend, talented musician and highly intelligent friend Seb nobly took up the cause of feeding a neurotic gender/cat-dog confused kitten.

After resolving that issue, Wednesday was fairly plain sailing.. I went to Wedge’s house to play Thrones for ‘a bit’, then I was going to get the bus the to airport and wait there for my flight at 6.25. What actually happened is that Wedge and I played Thrones and drank gin till 4am. Which was a lot of fun, and I got to put my regional deck (it’s hilarious, but I haven’t got the time to talk about that now.

Anyway, after successfully getting on the bus, and arriving at the airport with plenty of time to spare. I rewarded myself with a pint of San Miguel (Spanish, innit) and some fairly good bacon pancakes. You probably already know this, imaginary reader, as you’ve seen my Facebook where I’ve posted it.

My excellent plan for the festival, and one of the reasons I booked an early flight, was that I’d stay up all night on the Wednesday, and then sleep for most of Thursday until the bands started properly at 8pm. However, this plan was scuppered, when I couldn’t check into the hotel until 2pm, and I couldn’t work the public transport system and got a bit lost, but that’s par for the course really. A titbit of advice I’ll throw out here without any further comment, if you’re using a toilet on a train, always make sure there’s enough paper BEFORE you sit down. 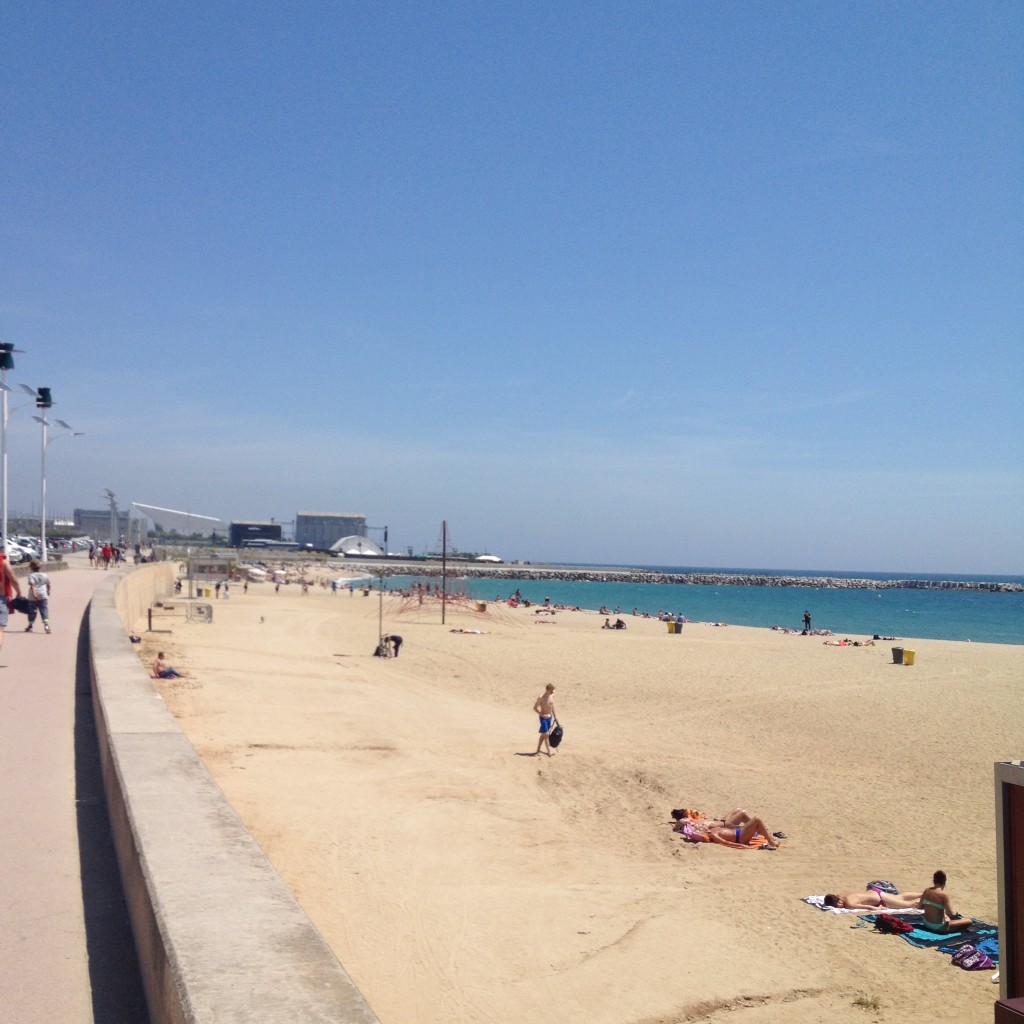 Anyway, by 12, I’d found my way to the hotel, but still couldn’t get into my room till two. So I decided to have a romantic walk down the beach with myself (not a euphemism), towards the Parc Del Forum to get my wristband to save queuing later on and killing an hour or two in the process. I also had the first major panic of the holiday, when I thought for a good 2 or 3 minutes that I’d lost my ticket. I hadn’t. It was just further back in my holiday folder than I initially thought.

Anyway, I got my wristband. On my left arm, and if you learn anything from this, always put the wristband on your weaker arm. You can thank me later. 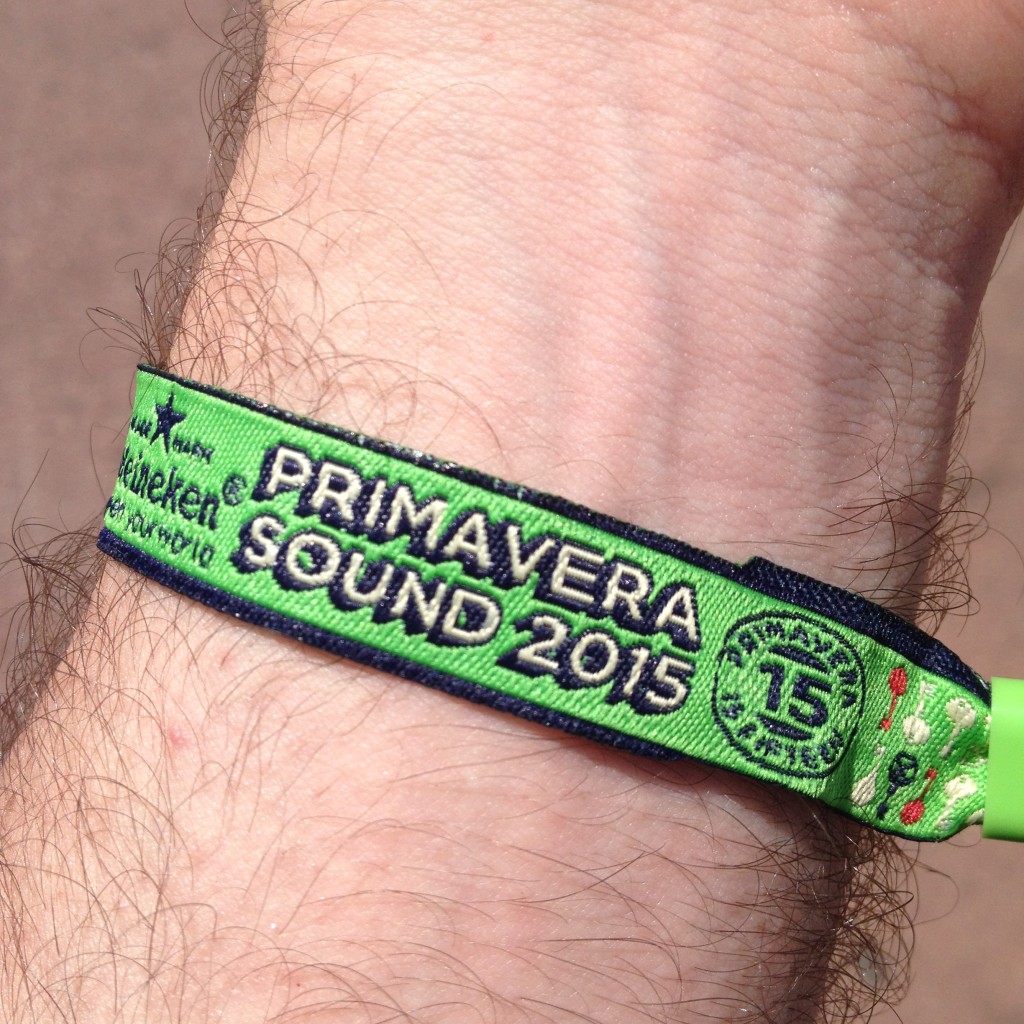 Once I’d got my wristband, I had a lovely romantic walk back down the beach with myself (not a euphemism), but was still half an hour too early to check in. So I did what any sane, web developer who’s life got thrown into chaos when he got dumped last year would do, I went to the bar round the corner and sank three pints of San Miguel and had awkward, one sided sexist banter with the bar’s proprietor.

Then I got checked into my room, connected to the free wifi and wrote this very blog post. Rather than sleeping, because that’s what a normal person who hasn’t slept in 36 hours would do. Then I had a romantic walk down the beach with myself, then set off back to the festival to watch some bands.

On the menu tonight:

Bands other people tell me I’d like, which instantly makes me dislike them (both the band and the person), but I’ll watch anyway…