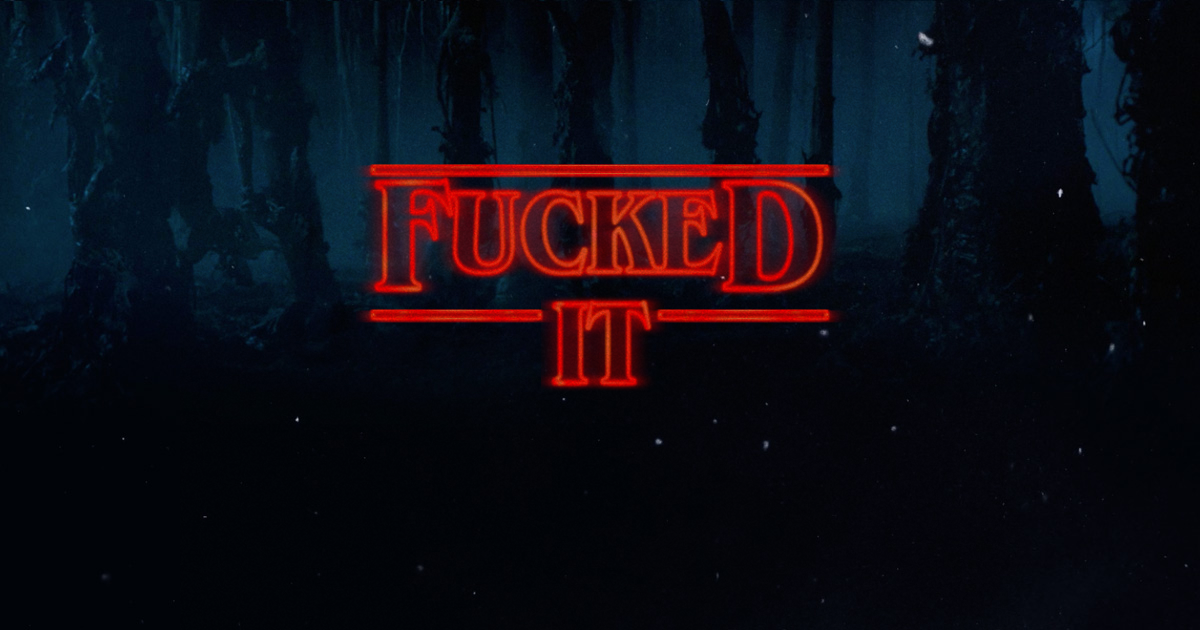 It’s tough isn’t it? Walking the line between humble self deprecation, “oh, I’d be happy just to win a single game,” into rampant egomania “I will win this tournament, for I am the greatest player in the country” despite all evidence to the contrary.

I think that it is this conflict, this paradox that I enjoy this game so much. For me at least, it’s both impossible to feel both of these things and impossible not to. Perhaps I’m attaching too high a significance to a game based in a small part on luck or the mistakes of others.

Occasionally, you get that fleeting moment of having thoroughly outplayed an opponent, and won the game. On your terms, with the deck that you built, tested and refined for days, weeks, and sometimes months. I think you can see that progress in my old tournament reports; from the days where they actually made it out of my drafts folder. The slow evolution of the Lannister City of Shadows deck and my understanding of the game. Topped off with a glorious 2nd in the Swiss and immediate fall in the Top 8 at the Stoke regional.

And the falls, the flip side of winning. The moment in which you realise the slight mistake that has cost you dearly.That the best players don’t seem to make, or at least make fewer of. When setting up a four cost character over a three cost one puts you on the back foot for an entire game. Those moments of clarity, where the path to defeat – and your tragic footsteps down it – is so obvious.

Perhaps there’s a thematic point to be made here tied into the deck I decided to play at Nationals this year. After a fairly successful run at the Paramour Invitational, I stuck with my Martell – The Lord of the Crossing deck for the tournament. Despite it doing nothing but lose in the month prior to it. That is kind of the point of the deck though, losing early and gaining the upperhand through losing, with Ghaston Grey, The Long Plan, and The Boneway.

How often, though, does losing on purpose translate to just losing? 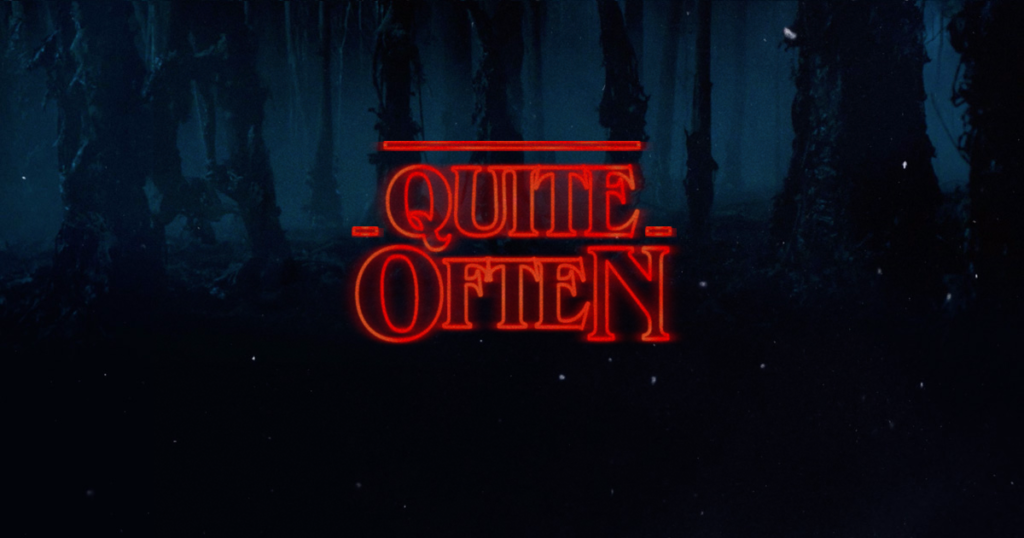 Sometimes writing a tournament report is easy. The through line to weave between games is obvious and exciting. It’s fun telling the story of what happened in the game and the jokes write themselves. Other times, more often than not, it’s hard work. Staring at a screen of H2s with the following:

I’ve been wearing my wank hat and getting all existential instead of actually writing the report. So who knows which way this one will go. Presumably though, it’ll be easy and fun for the first three rounds and then take a turn for the worse…

Big Phil, as I’m not sure anyone calls him, actually appeared in my very first tournament report, which is nice. And, I don’t want to go in two footed here, but he’s actually the “villain” in one of my all time favourite Thrones stories when once, against a friend at a Regional, he didn’t count gold one marshalling phase to avoid the passive on his own Theon:

Leading to Sam, the aforementioned friend, having to kill his Stannis. Nasty business, always call for a judge if you think a player ruling is dodgy.

Anyway, no hard feelings, lets have a nice game.

Phillip started with a very strong board of Cersei, Pycelle, Tyrion and Red Cloaks. I started with one of each icon attachment and a Milk of the Poppy, and went about my business. Stopping the military challenge, the two claim intrigue challenge and Tyrion‘s gold generation was massive. Especially as it meant that Phil couldn’t ambush in any claim soak.

The following turn, I went with Heads on Spikes to Phillip’s A Noble Cause, and hit Tywin. Noice. Instead Phillip marshalled Ilyn Payne, who’s only target was a Bastard Daughter. From here I pretty much ground the game out, eventually closing with The Boneway, having worked up to the win in challenges or win in dominance scenario.

I can’t remember my opponents name from this round because I’m terrible, but he was from Lincoln and had his copy of Syrio signed by the actor who played Syrio in the TV show. I know this because we both had Syrio on setup which was nice. Until my Syrio wore a Crown of Gold and then he marshalled Mirri Maz Durr.

In hand, however, I had Attainted, Condemned and Milk of the Poppy to shut that business right down. I turned Mirri into an expensive Iron Throne and stuck the Milk on the Syrio. I think keeping just enough back to Vengeance for Elia the military challenge. Successful first turn.

Over the following turns I hit with Heads on Spikes, and started racking up tokens with the Boneway. My Naval Superiority hits… Counting Coppers. For some reason, even though my opponent had a gold leftover and a standing dragon, I went into a challenge with Nymeria and she got burnt web. Ouch.

I still had Arianne though, and wanted to make her count. But in one challenges phase, she got hit with Nightmares and I was facing down the one gold, standing dragon dilemma again. Sometimes you see a trap. And even though it is an obvious trap, and you know it’s a terrible idea. You just have to stick your hand in that trap. I intrigue challenged with Arianne. Dead Arianne.

By this point, I’m really clinging onto the game in terms of board position but I’m sat around 12 power. Condemned on Tyrion is saving my life, as it’s keeping the opponent from winning power challenges and but I am refilling The Boneway, quite nicely. In fact, it has now got 5 vengeance tokens on it.

I play First Snow of Winter to reduce the opponents board to just Syrio and Tyrion and marshal Ghaston Grey and no characters. In the challenges phase, the only play for my opponent is to pass challenges, win dominance and see what happens next turn. If he does a challenge, he’ll lose one of the characters to Ghaston and another to my Marched the following turn. Oh, and I’ll win with The Boneway.

The first time I triggered The Boneway, my opponent specially asked if it was two or three power gained. I explained it was three. This information did not stay in his head. He throws intrigue with Tyrion. Ghaston, Boneway. 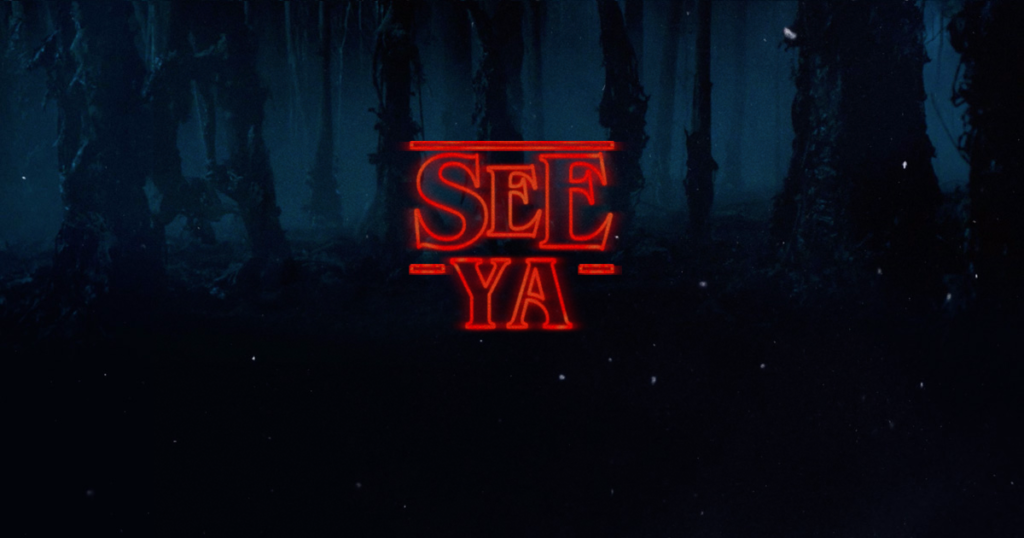 Another name I can’t remember, sorry! And I can’t really remember a massive amount about this game.

But I did get away with setting up just Arianne and also having two Imprisoned in hand when my opponent playing The Mountain. Which is one major threat gone, even after a Confiscation. The challenges phases were a mess in this game as we both had Nymeria on the table, but going second most turns meant I got the most value of out her.

I think it was the classic, winning challenges, Lord of the Crossing bonus and Boneway to finish the game off. 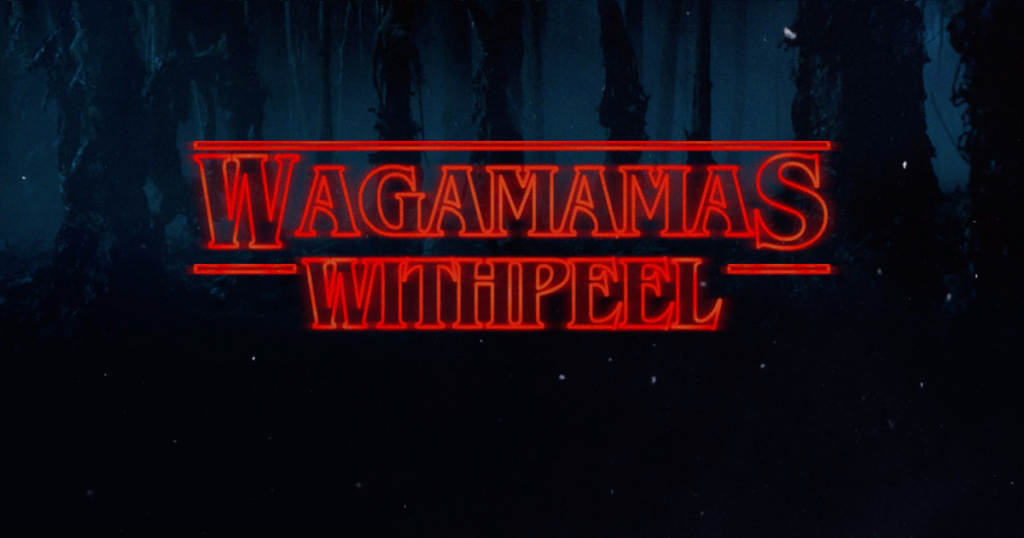 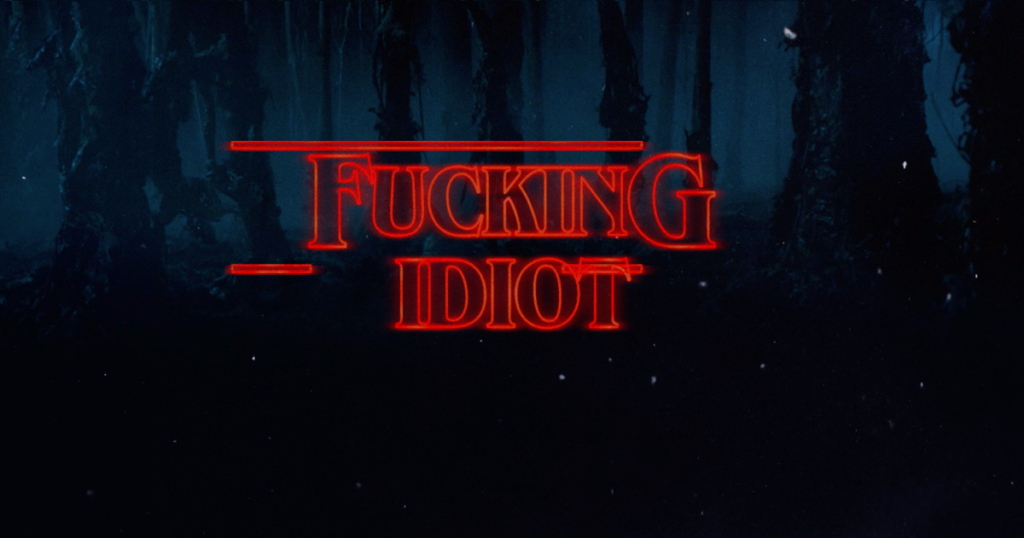 As a punishment, I get a much worse three card setup and a hand with three reducer chuds and bastard two bastard Bastard Daughters, and my only “good” character, Littlefinger, has been knelt by Melisandre.

Maester Cressen is fucking up my shit with the attachments, and I have to put a Milk of the Poppy on him instead of something good. The obvious strategy here, is to play the two Bastard Daughters and then Wildfire to hit Tom’s hand and hope for the best with top decking next turn.

Tom gets Stannis, I get nothing.

The game is already running away from me, but I manage to grab Ghaston Grey, which I use on Robert Baratheon. We do the same thing next turn, I have zero power, Tom is sitting around 10 power. Even with a second Ghaston, I can’t stop Tom from closing that game.

Only one loss though, I can still make the cut by winning my next few games…

So I got Even’d here. Anyone who’s played an FFG card game in the UK (and beyond) will know that feeling. The man is a card game machine. In 2016, he’s won a Regional in all the games he plays. Which is all of them. Scarily good.

Even was slightly weakened, however, after going to time in his last game, but that didn’t really make that much of a difference.

I mulliganed out of fairly bad hand, and got an even worse one. Two cards, one character to chose from either Caleotte or Rattleshirt’s Raiders and Ghaston Grey. Of course now, the obvious choice is setting up both characters. But I didn’t do that, I went with Ghaston and the Rattleshirt’s, who were promptly Marched to the Wall.

Losing the only attachment hate in the deck was harsh, especially as my Nymeria quickly ate a Milk of the Poppy. Even wasn’t kind enough to even give me some challenges to lose in the first turn so rebuilding in the second turn was a little stalled.

I did what I could to put up a fight against Even’s deck, but I just couldn’t maintain board parity and my Boneway was very quickly overflowing with vengeance tokens. Sadly, it didn’t make any difference.

Round 6 – Ian Pollard – Lannister – Banner of the Kraken

I was still holding out the hope that a 4-2 finish might sneak me into the cut given strength of schedule, but even that was looking unlikely. Thankfully, I got paired against a fellow First Edition Elitist in Ian, who is always a pleasure to play against.

For some stupid reason, I forgot to trigger The Long Plan after losing a challenge. This was very costly, as it meant that I couldn’t place Attainted on Tyrion and play Arianne the following turn, after missing with Heads on Spikes.

Following that, after bringing Nymeria into play to shut down the Mountain, she got hit with a Tears of Lys. Very nasty. With Nym gone, I really, really needed to see a Milk of the Poppy and an Imprisoned to stop Tyrion and The Mountain dominating the game. I grabbed a Milk with Building Orders and begrudgingly stuck it The Mountain, with my deck being quite heavily weighted towards five cost characters.

This was only a temporary relief, as Ian played Confiscation the next turn and I didn’t punish it with Naval Superiority. I was seriously lacking in resources and could only really afford to play out Arianne each turn and keep The Mountain off with Areo Hotah. This didn’t last long though, as even with two First Snow turns, Areo fell victim to intrigue claim.

With not a lot of hope left in the game, I duped solitary Arianne, to try and get through Ian’s military challenge and claw an angle back into the game with a military challenge definitely killing one of Tyrion or The Mountain. And then Arianne was Put to the Sword, saved then killed for military claim. Well played Ian!

Final record 3-3. After a strong start, I let myself believe and then: 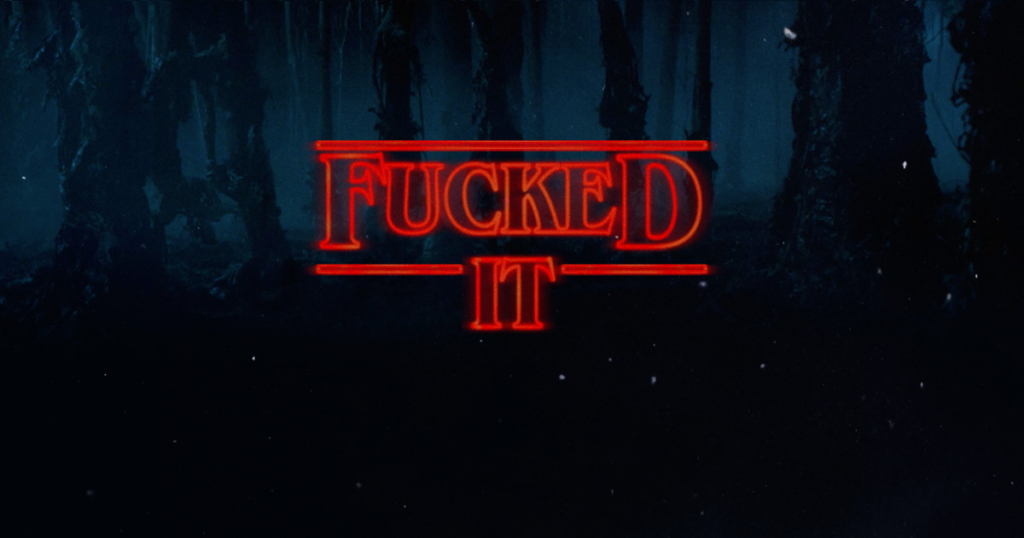